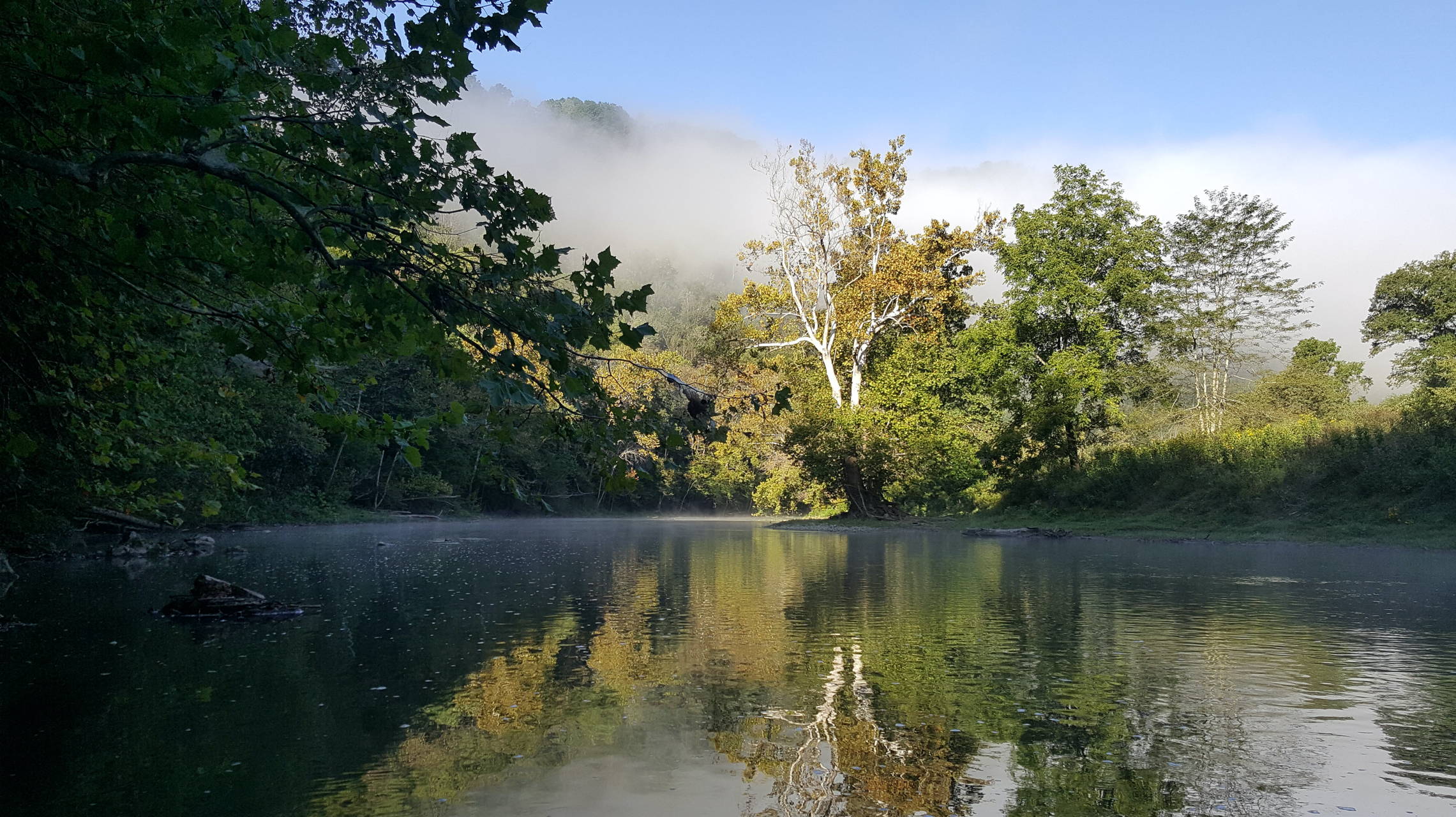 Launch points into the Powell River are so remote, the locations are given by GPS coordinates. Steep, one-way gravel roads and unmarked grassy slopes under a bridge are the norm, and you can go 20 miles on your paddle board without seeing another soul.

As one of the finest remote float streams in Tennessee, the Powell flows through sparsely populated Appalachian forest, providing habitat for about 100 species of fish, 30 varieties of freshwater mussels, birds, turtles, plants and animals such as beaver and river otter. It’s also known for smallmouth and rock bass fishing. You may spot the occasional local angler in a johnboat, but you’re pretty much guaranteed to be the only paddle board.

The Powell, along with the Clinch, are the two largest free-flowing (undammed) rivers in Tennessee. They are true Appalachia – harkening back to a time before the Tennessee Valley Authority modernized the state and controlled devastating flooding through dams and hydroelectricity. US Fish and Wildlife Services has described the Powell as “one of the most biologically diverse rivers in a temperate climate anywhere in the world.”

When exploring by paddle board, you’ll appreciate a nice mix of slack water in deeper holes, swift water and the occasional ledge to navigate. Because there aren’t any upstream dams, you’ll want to check water flow, which is entirely dependent on recent precipitation.

The Powell marks the beginning of Whorton’s week-long expedition, just a few miles from the Kentucky border. He launches his paddle board at Highway 25E between Harrogate and Tazewell, TN – taking two full days to complete. The Powell is known as a world-class bass fishing area because of its rocky bottom and crayfish habitat, but expect little to no boat traffic until closer to Norris Dam.

“It depends on the volume of water but there can be numerous rock shoals that are exposed if the water is low. This means I have to quickly dismount and lift the rear of the paddle board out of the water to walk the fin through the shoal.”

“Shortly after the start, about 3 miles in, there’s little sign of human beings for 20 miles. There’s no development because of the steep walls, so it feels like a canyon. It’s peaceful and rich in wildlife.”

SUP the State: Second Only to the Amazon • Clinch River - Part 3