Built for beginner to intermediate kayakers, the Zeppelin Aero Inflatable Kayak is our most versatile kayak, thanks to its adaptability to go from a single to a tandem kayak with just a few shifts and clips. That’s right: we eliminated the need to choose between a single or tandem kayak because we just gave you both. Just pop on an Aero Paddle Seat (available for purchase), and your inflatable kayak is now operating on the buddy system.

This is the ultimate recreational machine, but don’t be fooled: no corners were cut when decking out this inflatable kayak with tons of cool accessory options. It was the first to pilot our MAGNEPOD™ system, a tool-less drink retention system that secures your MAGNETumbler to the Zeppelin. Keeping you high and dry, this make-it-your-own inflatable kayak has been a huge hit ever since its introduction.

Fish from it. Kick back on it. Tandem paddle with it. The Zeppelin pretty much covers it all.

Robust design, portability, and versatility are hallmarks of the Zeppelin family, and both versions offer multiple applications in different water types. They readily adapt to changing conditions, from wind to waves, without compromising performance. Go more places, stay out longer, and enjoy every detail in these durable watercraft designed with exploration in mind. 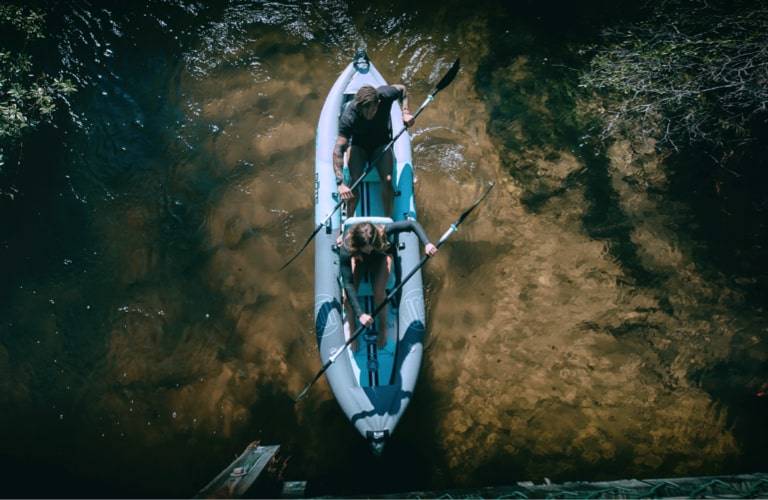 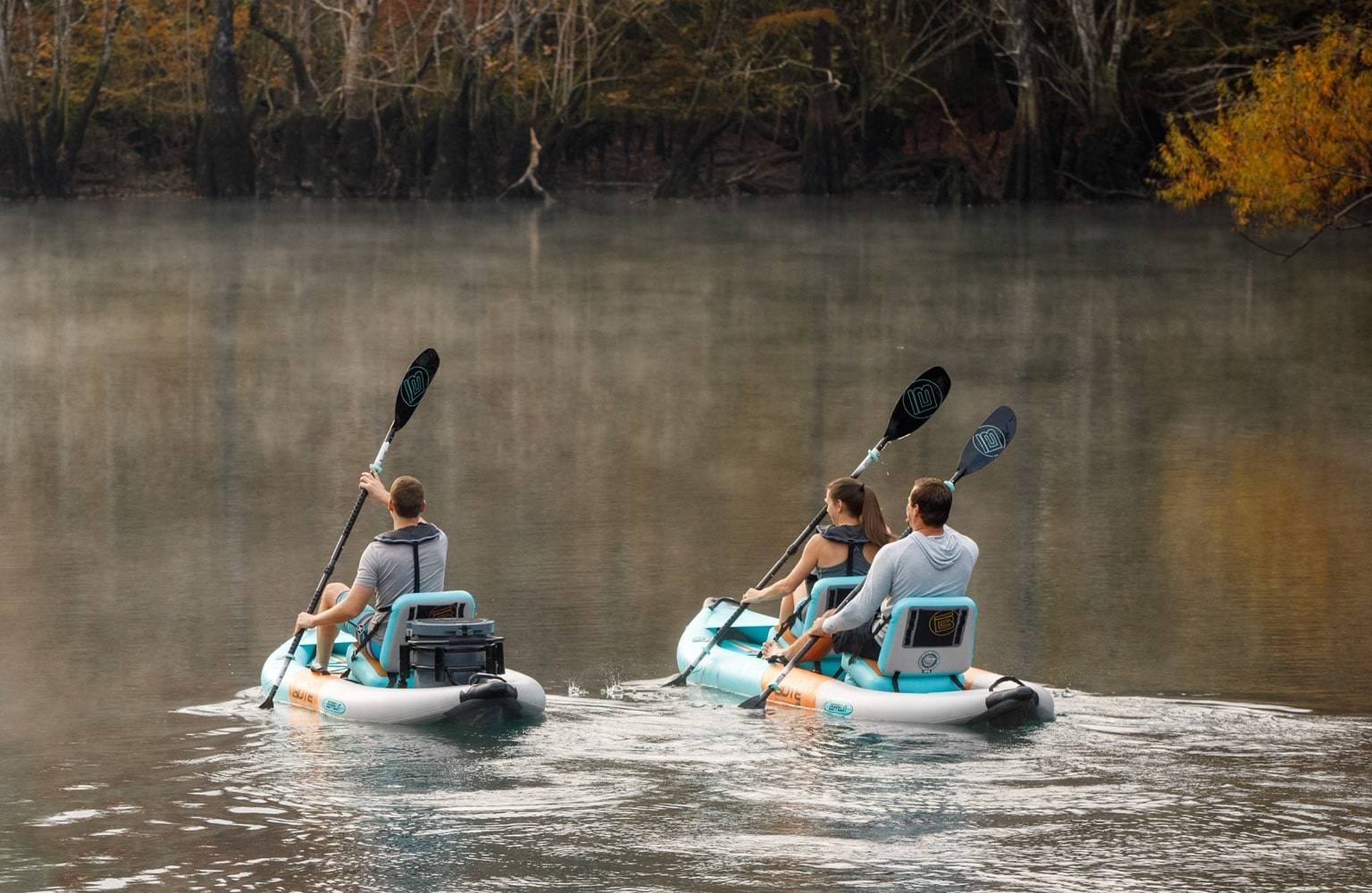 Probably the most relevant difference between these two kayaks is the traveler capacity. The 12’6” comes equipped as a tandem kayak that can be transformed into a single seat with just a few shifts and clips, while the Zeppelin Aero 10’ is strictly a single-seater. So if you’re interested in picking up some water drifters (aka friends without kayaks), the 12’6” has your back. If kayaking is more of a single-person sport, the 10’ is the perfect plus one.

The portability of the Zeppelin is undeniable. Whether you have a smaller vehicle with no roof mounting system or you take public transportation, the Zeppelin can go with you. Taking a flight to a remote location or on a family getaway, the Zeppelin is able to be checked on most airlines. Going on a cruise to the islands or have a boat of your own, yep, the Zeppelin can accompany you wherever you want to go. 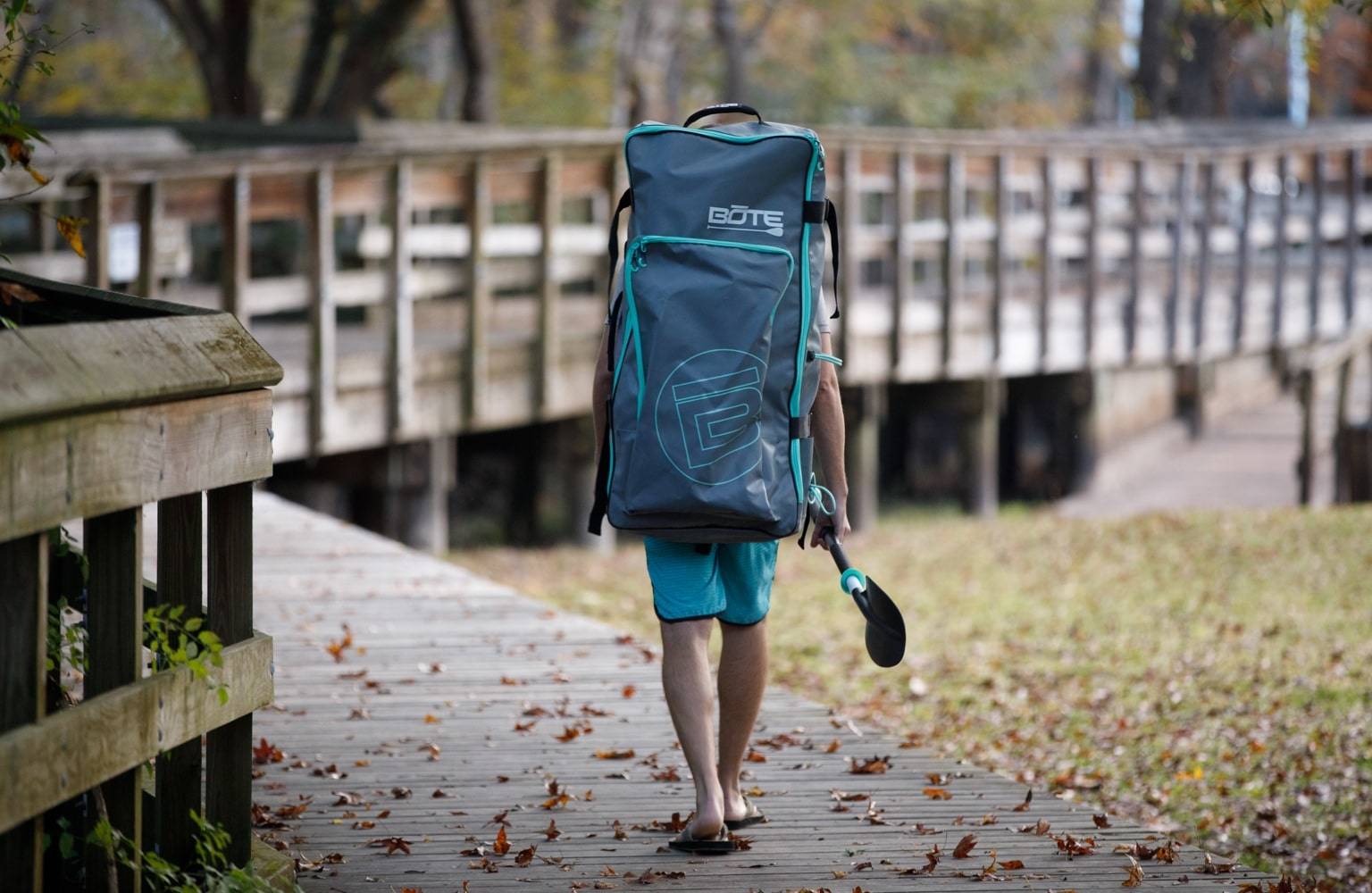 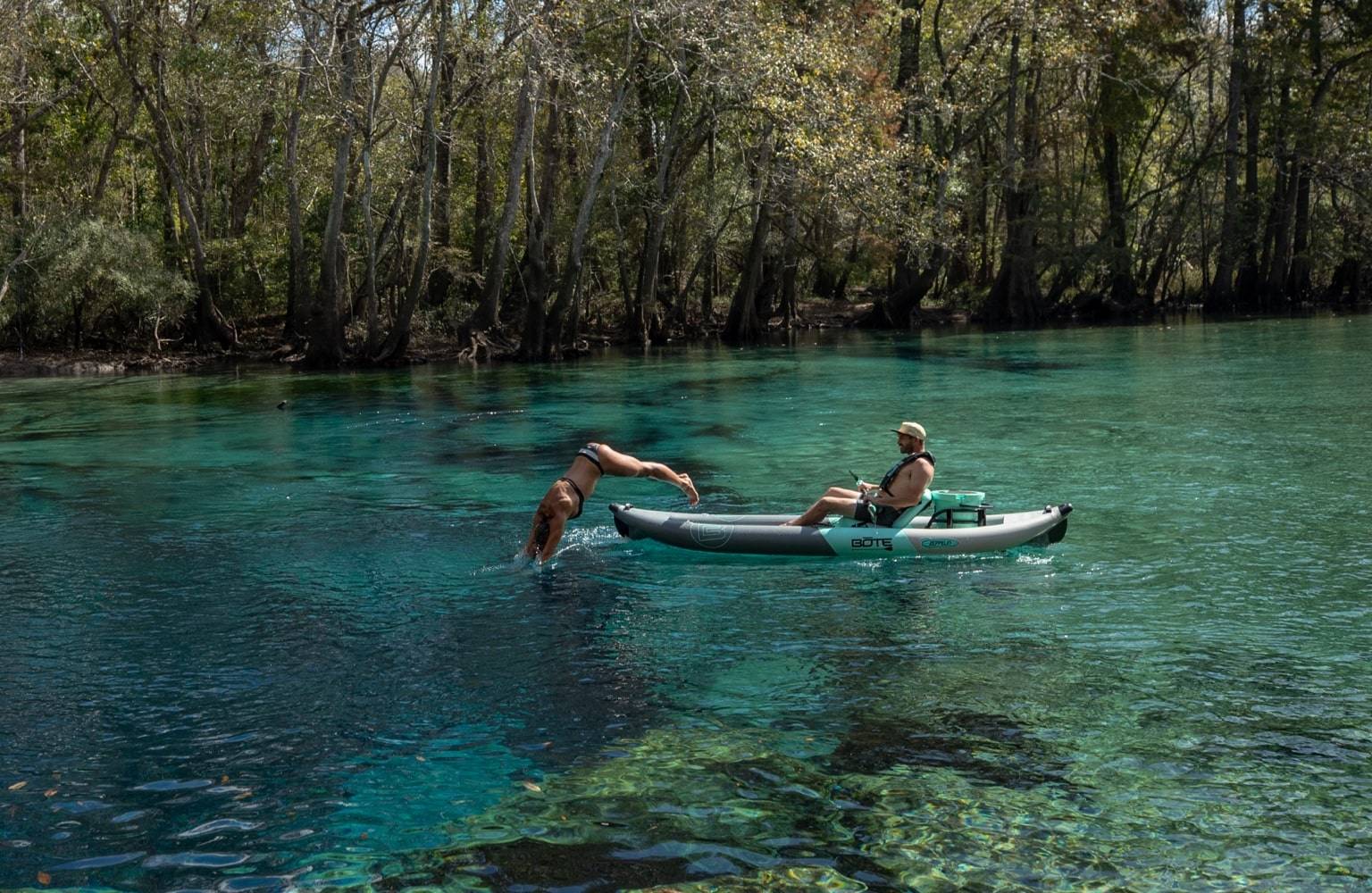 Since the Zeppelin 10’ is a single-seat kayak, the weight capacity of 300 lbs perfectly suits your solo pursuits with room for some cold brews and still plenty of weight capacity to spare. Considering the Zeppelin 12’6” is configured to hold two passengers, it only made sense to build this water vessel to hold double the weight. With a 600 lb weight capacity, you and your buddy, and maybe even a fur-pal or two, can coast along all day, staying high and dry even when packed down to capacity.

If our product isn't performing as it should, don't hesitate to reach out to our customer service team.

Our portable, highly durable AeroBOTE inflatable technology lets you take adventure with you wherever you go.

Go ahead, make it yours! FREE shipping on orders over $100 in the contiguous U.S., including freight.

We want you to be 100% satisfied. Try it for 30 days and if for any reason you aren't happy, return it to us.
Returns subject to a restocking fee. Terms and Conditions apply.